I recently did a post on how to prevent and treat blisters while out on the trail so I was interested to hear this little tip afterwards on how to use Vaseline to prevent foot blisters.

To provide some background, I recently Climbed Mont Blanc in the Alps and did a bunch of posts on the trip. While I was in the Alps one of the guys I traveled there with give me a good tip on how to prevent blisters. 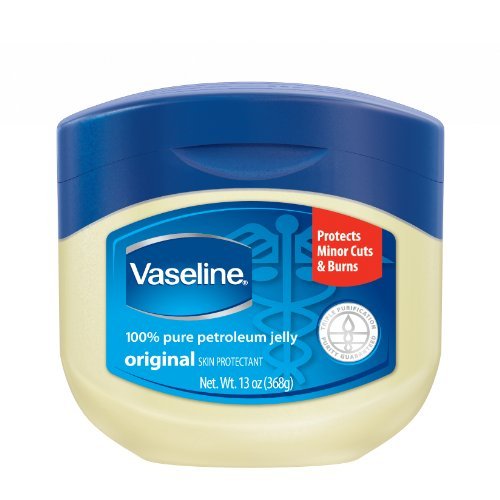 Basically, before setting out he would smear his feet in Vaseline and then just put his hiking socks on. Only one pair of hiking socks mind you, not two pairs which can traditionally be the norm i.e. one thin lighter lining pair that sits against the skin that doesn’t move, with a thicker pair on top touching the inside of the boots.

My assumption here is that the Vaseline acts in the same way as wearing two pairs of socks with the Vaseline taking the place of the inner lining sock. With the Vaseline any inner friction between your hiking sock and the foot is accommodated by enabling the foot to easily move back and forth against the sock as you hike.

So, the logical thing to do was to test this. There were three of us on the trip. there was my friend who had the idea, myself and another mate.

After a day or two’s hiking in the Alps climbing Gran Paradiso, it was clear that blisters could be a very real problem as walking across and through the snow meant a lot of friction was being generated on our feet in our hiking boots.

I think it was me who raised the subject of getting the beginnings of a blister on my big toe when the three of us were sitting around having a chat after climbing Gran Paradiso. One of the lads also then said that he thought he to was getting a blister too. This was when our other friend mentioned his tip about the Vaseline.

I had brought Compeed, blister plasters, with me so I decided that I would use one of those and stick with my two sock method, inner liner sock and an outer hiking sock. The other lad decided to follow my friends tip of using the Vaseline and one pair of normal hiking socks. Now I should add that this was not a conscious test per se, I just decided to stick with what I had been doing while my other mate didn’t.

Yes indeed, I stuck with the traditional two sock method and put a blister plaster on my initial ‘potential blister’, and it developed into an almighty big ass one! My two mates, one of whom was in the early stages of developing a blister like me, got on fine and had no blisters to report.

Now, there are possibly a lot of other factors involved in something like this. For example, perhaps my hiking boots weren’t as good a fit or something like that. We all had hired boots on as we needed to have crampon compatible boots, so all being equal, this could be said to apply to all of us. None of us reported our boots being uncomfortable though, quite the opposite.

I think the main thing with this was that two of us were in the early stages of developing a blister and we both chose two different roads. Me, I decided to leave the Vaseline option and somewhat paid the price (While the blister plaster enabled me to hike on, it took quite a while for the blister to heal once I finally took it off). My friend who followed the advice of our other mate and put Vaseline all over his feet before setting out was all good!

So there you have it. If you’re heading out on a long trek over difficult terrain, especially over multiple days, this could be a good tip to remember to help prevent the dreaded blister! It’s cheap and easy to implement too 😉

Have you tried this out when hiking? How did you get on? We’d love to hear about it in the comments below.